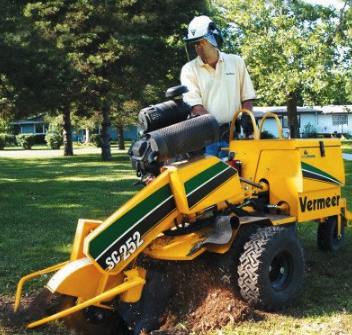 Stump Grinding Near Me

Tired of looking at that eye sore in your yard? We can take care of your tree stump by removing it with our large industry standard stump grinders. Operated by licensed and insured stump grinder technicians. Orlando City Tree Removal. Let's Keep Orlando Beautiful.

What Is Stump Grinding? .

Stump grinding is a method used to quickly remove tree stumps from your yard. Using advanced equipment with fixed carbide teeth and a high-speed cutting wheel, the grinding process removes stumps and tree roots by cutting them into small chips, like mulch. The mulch can then be collected and removed from the property. After the stump is ground, the hole left behind can be refilled and planted with grass or flowers.

Is stump grinding worth it?.

Shortly after they’re separated from the tree that once stood in your yard, stumps begin a very slow decaying process. And yes, over time a rotting stump becomes a hub for home damaging pests like termites or carpenter ants. … Removing the stump, or grinding it down, is the best way to avoid these pest problems.

There are a few different ways to remove a stump from your yard… however grinding is the best method for a few important reasons! Instead of wasting hours or even days trying to remove a tree stump with various tools, you can allow our team to take care of the job quickly and easily. With our state-of-the-art stump grinding equipment, we make short work out of any size stump. Not only do we get it done quicker, this method of stump removal provides many other benefits. We recommend stump grinding because it is:

We have specialised equipment that can fit in almost any yard space. We take extra care to make sure no debris or damage occurs.

We have small and large stump grinders that can tackle any job fast and efficiently.

We can clean up after large land clearing jobs. Typically tree stumps are left over... We clean them up!

Mulch Pick Up And Hauling

For a separate fee we can haul mulch from tree work, yard trimmings, tree limbs and more.

At Orlando Stump Grinding FL, we provide thorough stump grinding services to remove any stumps on your property. Whether you have removed a single tree or multiple, we can handle the removal of all stumps, big or small. We have advanced equipment designed to completely grind stumps and left-behind tree roots into mulch, disposing any imposing remnants of your tree. Our team will help you remove these eyesores and create a beautiful yard space. Leave the hard work of stump removal to our team by calling us for stump grinding services.

Call Now
Why Choose Us

When searching for a company to complete tree removal and stump grinding, you’ll have many options to choose from in the Orlando area. You want to be sure you select a reliable contractor you can trust. The team at Orlando Stump Grinding FL is the team for the job. You can count on us to get the job done fast and easy!. Customers continue to choose us for stump grinding and other tree services because we: Have Experience: We have years of experience providing tree service in Seminole, Orange, Osceola, Volusia, and Brevard Counties. Work with Professional Arborists: which know how to safely and effectively remove trees and stumps. Provide Comprehensive Service: We provide comprehensive tree services, which means we can trim and remove trees and provide stump grinding all in one visit.

Expect a professional service when calling Orlando Stump Grinding, Fl. We want you to be happy!

We Love Taking On Your Challenge

Have a project that seems too big? Let us tackle it! We have the equipment to get the job done. Trust us, we have seen it all!

We Drive To You

We drive our state of the art stump grinder to your property or job site. We cover all of Orlando and Central Florida.

In as little as 15 minutes your tree stump is shredded to pieces!

Say Hello To A New Yard

Stumps are priced based primarily on their size in width at the soil line (ground level), but other variables may apply as well.

The minimum charge of $100 will cover up to an 18” stump. For more info on Tree stump removal cost    click the link and read all about it! Please call us with questions!

While you can certainly find Stump grinder rentals at places like lowes, home depot and ace hardware… we certainly don’t recommend this. The cost is very high to for a rental and you are liable for any damages of their machine. Not to mention, you need skill to operate a large 2 ton machine! Call a professional like us to take care of the job.

What to do after stump grinding.

Just as a new tree has a rough time establishing roots in an old stump site, so does turf grass struggle to compete with any nitrogen-robbing stump remains. You can take steps to establish lawn, or hire a landscaping crew to do the work for you. Many home owners love planting grass after stump grinding. What to do with sawdust after stump grinding? Check this blog out! Also read the easiest way to pick up stump grindings

Stump Grinding Before And After . 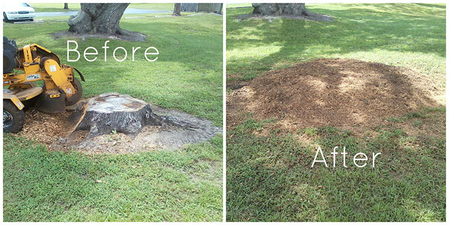 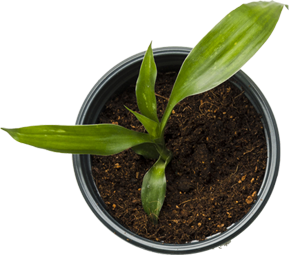 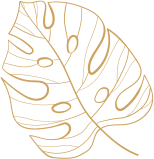 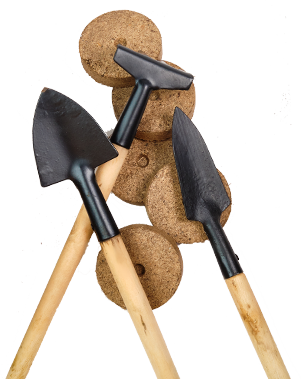 I'm very pleased with how fast and friendly this service was! I'm glad my old tree stump is finally gone...

Highly recommend these guys! Same day service and got the whole tree stump out in about half an hour. Will use again in the future.

Was tired of our old oak tree in our front yard rotting. After we had the tree cut I called these guys and they took care of this old rotted stump in a matter of 30 minutes. Wish I called Sooner!

Very happy with their service. I didn't know that machine exist specifically for grinding the tree stump! It was cool to watch and lovely to get my yard back!

Orlando and Orange County is one of the largest US Cities in the state of Florida. Within Central Florida, it is the center of the Orlando metropolitan area, which has an estimated population of 2,509,831, according to U.S. Census As of 2019. Orlando had an estimated city-proper population of 287,442, making it the 71st-largest city in the entire United States, the fourth-largest city in Florida.

The City of Orlando was coined “the City Beautiful”. It’s symbol Is the iconic Linton E. Allen Memorial Fountain, commonly referred to as “Lake Eola fountain” at Lake Eola Park by the locals.

In such a beautiful city, with such a high population of people and an influx of tourist urban sprawl and frequency development expansion are in constant motion. This means that tree work is in high demand year-round in our beautiful city of Orlando.

With all this tree work comes stump removal! While large companies can easily take down trees with land clearing equipment. Not many companies have the necessary expensive equipment and the expertise to quickly grind down tree stumps. That’s where we come in.

We take the burden off large and small companies and handle all of Orlando’s tree stumps quick and easy.

Give us a call today for a free estimate! 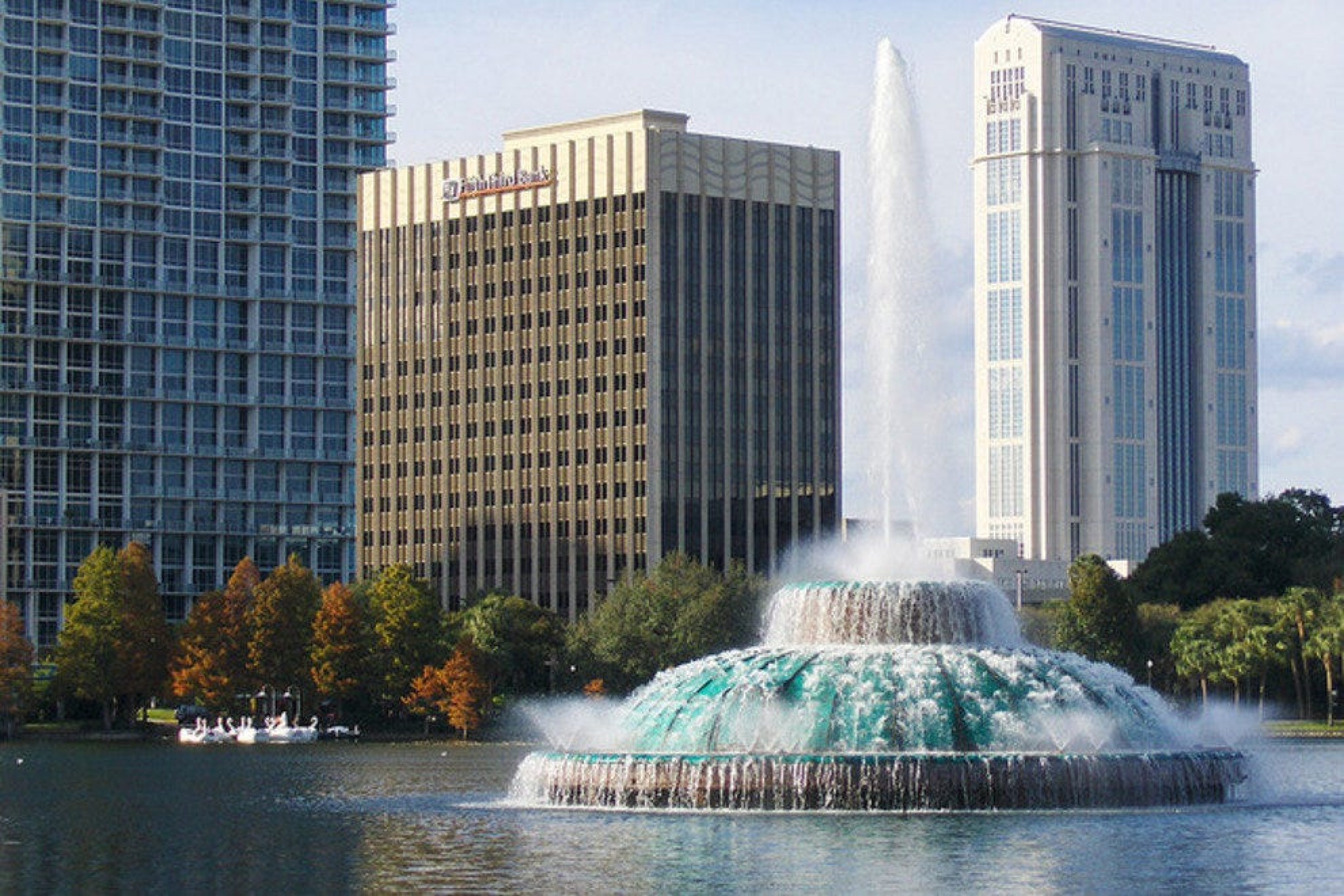 Get A Quote Today

Alex Boivin
I called orlando stump grinding to get an old oak stump removed. They used a stump grinder to remove it completely and went deep enough to put grass down. Very satisfied.

Justin Welsh
A friend recommended I give them a try, and I’m glad I listened! They removed a stump that was in the way fast.

Alyson B (IV KC)
I had a major issue with a stump that a family member thought they could handle… turns out, not a good idea! I contacted Orlando stump grinding and they were a huge help! Problem was handled quickly and couldn’t have asked for better service! Thanks guys!!

Mercedes Douglass
These guys were awesome. They worked quickly and efficiently, and the dispatcher, who contracts with a couple other companies as well, took the time to explain the process to me and send me pictures of the crew's work when they'd finished.This is crucial given that I am currently out of the state and must put a lot of faith in the professionalism of the companies I hire. After a complete nightmare getting the tree cut down by a different company, I was truly grateful to find a company in which honesty, communication, and pride in a job well done are first and foremost. I highly recommend them!

Give It A Go
I am a apartment manager and I had a tenant that needed a stump removed from there front view. I don't live in orlando florida so i called Orlandostumpgrindingfl to found out if they can take care of the job. They quoted me and they took care of everything same day. Not once did i feel being taken advantage of which normally is the case when hiring tree guys. I highly recommend if you need a tree stump removed.
Google rating score: 5 of 5, based on 7 reviews.
Have Any Questions?

Removing a stump is necessary for several reasons, including aesthetics, safety, and your health. Stumps become breeding ground for pests like termites and rats which can invade your house, too!

Yes! We can grind the tree roots to the ground to prevent them from becoming a tripping hazard.

Our usual guideline is to grind the stump 16 inches below the ground to allow new plantings to grow on the surface. We can also perform shallow grinding where we can mill the tump four inches below the earth. You say jump we say how high.

It all depends on the size, location, and age of the stump. But, the standard rule is $5 per inch of diameter. We can quote you for free.

Yes we do! We also offer discounts for large land clearing projects.

Small stumps can take 10-15 minutes to grind while larger ones can consume hours. Regardless of the stump's size, our equipment is efficient enough to finish the job quick and painlessly.

We will take care of the hole caused by stump grinding. We put chips and other dirt into the hole to ensure your yard is back to its former beauty.

You sure can. The mulch is a combination of woodchips and debris that can work wonders in flower and vegetable gardens.

You have to consider the size, age, moisture level, and species of the stump to tell when it will total rot. A stump located in a place exposed to light, it might take up to 20 years for it to rot completely while a tree in a moist and shaded environment can take only 15 years to decompose totally.